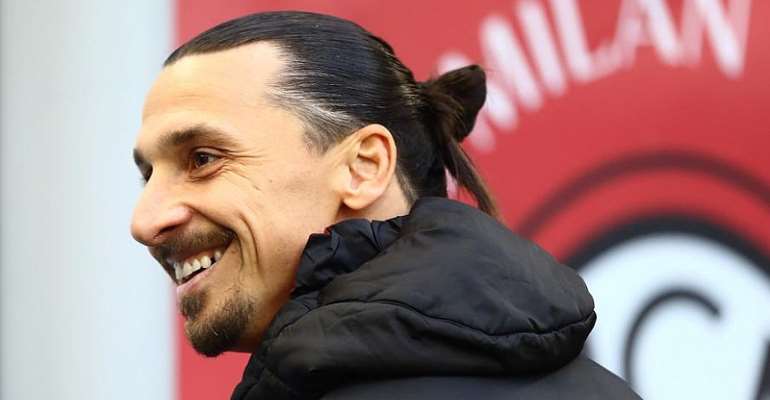 AC Milan will be counting on the Zlatan Ibrahimovic-effect to rescue their season in the Italian Cup starting this week.

Five-time winners Milan begin their quest for a first Cup trophy since 2003 at home with a last 16 tie against SPAL.

Ibrahimovic, 38, scored on his first start back with Milan on Saturday in a 2-0 win at Cagliari which lifted his side to 10th place.

"I'll celebrate like a God at San Siro, not here," said Ibrahimovic after his first goal in the Milan jersey since May 2012.

Coach Stefano Piolo said that although the Swedish star was "not yet 100 percent" he was "an important point of reference who stimulates and encourages his teammates".

AC Milan, 10 points off the Champions League places, are favourites at home, but bottom side SPAL shocked Torino 2-1 last month for just their third win this season.

The winner will meet Torino in the quarterfinals after Walter Mazzarri's fellow northeners beat Genoa 5-3 on penalties last Thursday after both sides were tied 1-1 after extra-time.

Lazio begin their title defence at home against Cremonese, one of two Serie B sides still in contention.

Lazio are on a 10-match winning streak in the Italian league and also defeated Juventus to lift the Italian SuperCup trophy in Saudi Arabia last month.

Juventus, record 13-time winners, host fellow Serie A side Udinese, after their four-year reign was ended last season by Atalanta in the quarterfinals.

The Bergamo side went on to lose 2-0 to Lazio in the final.

Atalanta – whose only Cup triumph was back in 1963 – travel to Fiorentina, with Inter Milan at home against fellow top flight side Cagliari.

Roma are second behind Juventus for the number of trophies achieved in their history with nine in total but none since 2008.

Paulo Fonseca's side travel to Parma on Thursday.

Alex Mould Writes….Government Has Bestowed On All Ghanaians ...
8 hours ago

JHS Not Increased To Four Years Or Reduced SHS Duration – Na...
12 hours ago