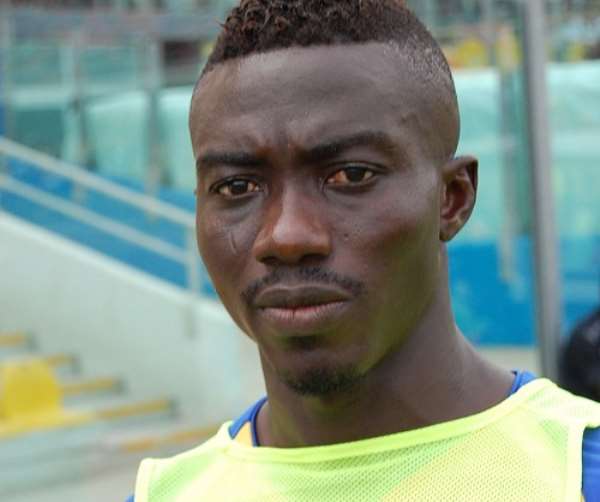 Midfielder Bernard Dong Bortey. has ruled out playing for Accra Great Olympics until his financial demands have been sorted out.

The former Hearts of Oak ace joined the 'Dade' lads on a two-year deal but yet to feature for the club.

According to him, he would not feature for the ‘Wonder Club’ until he receives the financial inducement that comes with the contractual agreement he signed with the club.

Olympics are struggling to score goals and are yet to secure a point in their opening three Ghana Premier League (GPL) games in the ongoing season.

However, in an interview with the Graphic Sports, Dong Bortey described his coach’s statement as unfortunate and asked him to contact the management of the club before addressing issues he had no knowledge about.

He explained that he was not ready to play for a club without being paid and until Olympics realise that, he was not going to feature for them.

“I signed for a club and as part of my contract, I was due some financial benefit but as I speak to you now I haven’t received anything from Olympics,” he revealed.

“How can I feature for a club that I signed for without them paying me what I’m due?

"As it stands now, I am not ready to play for Olympics until they sort the financial aspect of my contract out,” he insisted.