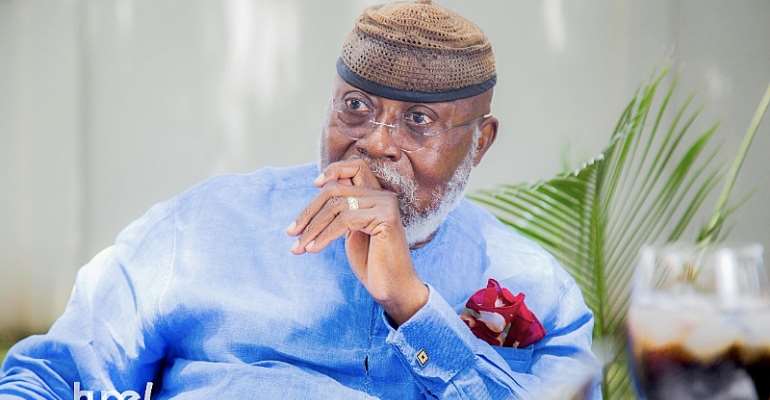 Television Broadcast Rights to StarTimes despite protest by the state broadcaster, Ghana Broadcasting Corporation (GBC), which is crying foul over perceived injustice in the bid process.

However,  Nana Brew-Butler asked the GFA to provide full disclosure and explanation on all the criteria used to evaluate the bids in order to clear the air and put the brouhaha to rest.

Last week GBC accused the GFA of giving them a raw deal after pay-TV firm, StarTimes, was named as Television Rights Holder of the Ghana Premier League and the FA Cup in a five-year deal worth $5.25m.

While GBC claim their proposal was technically and financially superior to that of the winning bid, the FA in a statement claimed it looked beyond just the superior financial proposal by StarTimes to hand them the deal.

For Dr Nyho-Tamakloe, who was the FA chairman between 2005 and 2006, the attempt by GBC to paint the FA black was untenable, while Nana Brew-Butler disagreed with the state broadcaster’s argument that their higher bid should automatically win them the contract.

In separate interviews with the Graphic Sports, the two football administrators were of the view that pricing was not the only reason why companies won competitive contracts and that several other factors were also considered.

“There are so many determining factors, in this case, I will say technical, it could be prime consideration, reliability, accessibility and exposure should all be considerations and then whatever commercial or financial proposal is also considered,” said Nana Brew-Butler, majority shareholder of Ebusua Dwarfs and GFA chairman from 1993 to 1997.

For Dr Nyaho-Tamakloe, the current posture of GBC was that of sour grapes insisting that the era where state companies were handed state projects on silver platter was over.

''It is pure business, there were offers and they (FA) found the offer of StarTimes more attractive and lucrative for them so GBC has no right whatsoever to complain. What they (GBC) should rather do is to make sure they have money injected into their company so they can be better competitors next time'', the football administrator said.

A director of Hearts of Oak, Dr Nyaho-Tamakloe, said it was unfair for GBC to question the fairness of the GFA in that regard when the business world now created room for competition.

Nana Brew-Butler, an astute businessman, further observed that pricing was not a guarantee for winning contracts in the business world but also demanded full disclosure by the FA on the criteria used for the selection process in order to settle the impasse.

“In my own opinion, pricing will not be the main factor unless everything else is the same. On the surface of it, if one looks at just pricing to say it should go to X or Y you will be making a mistake."

“Of course, it includes a factor like local content, but you do not look at local content in isolation and then look at pricing in isolation, so it’s a mixture of all these things that must determine it. Therefore, unless one knows the criteria that the FA used in determining it, it will be doing a lot of injustice to the football association by outrightly condemning them,” he noted.