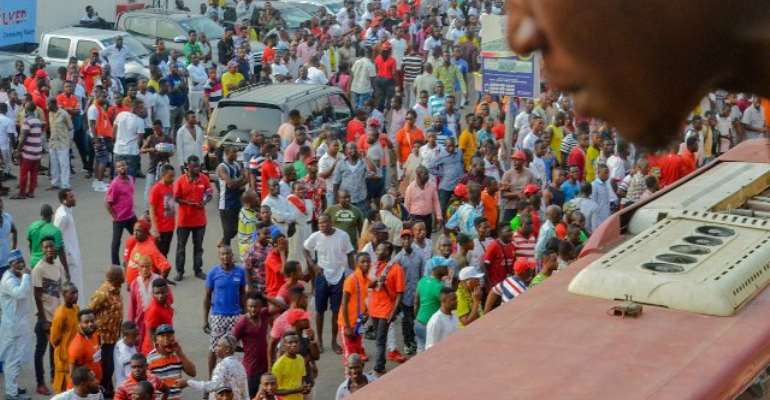 The supporter shot by police at the Baba Yara Stadium in Kumasi after Sunday’s Ghana Premier League match between Asante Kotoko and Berekum Chelsea has been identified.

Asante Kotoko announced on their Twitter page, Monday afternoon that the supporter was Augustine Opoku who is a commercial driver based in the Ashanti Regional capital.

They also revealed that Opoku, “was hit by four pellets of rubber bullets in his head; two in his left jaw, one directly in his right eye and one beneath his teeth.”

They added that “the pellets in his teeth and jaw have been removed. The one in his eyes will be handled by a team of eye specialists maybe today.”

They concluded by assuring the public that “Augustine is still stable and responding to treatment.”

The matchday 3 clash between Kotoko and Berekum Chelsea turned chaotic after Kotoko defender Empem Dacosta was shown a red card.

He received a second yellow card for stepping on visiting opponent, Alfred.

The referee’s decision did not go down well with the home fans who believed the incident was between Kwame Adom, a different Kotoko player and an opposition player.

Fans of the two-time African champions started throwing bottles and sachets of water onto the field to register their displeasure.

This unruly behaviour made the referee stop the match for several minutes.

After the match, referee, Charles Bulu and his assistants had to be heavily guarded before they were able to leave the pitch.

The prolonged disturbance after the game caused the law enforcers to fire warning shots leading to the injury of the victim.