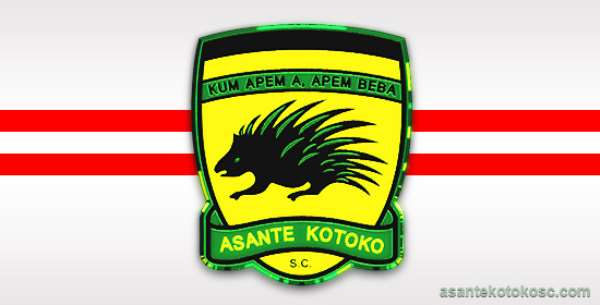 Asante Kotoko have condemned the supporters’ retaliation following Sunday’s 1-0 Premier League defeat to Berekum Chelsea at the Baba Yara Stadium that led to the shooting and injuring of one fan.

Scores of supporters threw missiles onto the pitch to prompt police action in the 76th minute in protest of the quality of refereeing by Charles Bulu who they thought was favouring the away team.

It took the police to disperse a group of supporters who gathered behind the dressing room after the game. The development led to a Police officer shooting a fan with a rubber bullet.

The club has, however, condemned the supporters’ actions and described it as ‘appalling’ while also pledging to assist the Ghana Football Association to restore sanity at the centre.

“We are appalled by the events that characterised the club's matchday three fixture against Berekum Chelsea on Sunday 12th January 2020 at the Baba Yara Stadium in the 2019120 Ghana Premier League,” said a statement signed by Public Relations Officer, Kennedy Boakye-Ansah.

“Hooliganism is one thing no professional football club wants to be associated with and we at Asante Kotoko SC will not endorse any such thing. We are saddened that, the reaction of some of the disappointed fans after the match led to reprehensible developments including the shooting and injuring of an innocent supporter.”

Though not trying to find excuses for the supporters' unsporting behaviour, we have also revealed our disgust at the Police officer for that intervention that nearly took the life of the young fan who stood a distance away from the crowd.

“While we vehemently condemn the conduct of any unruly fan, we find it difficult to accept the behaviour of the Police officer who allegedly shot a fan. We maintain our abhorrence for hooliganism. Violence cannot be part of the game. We will not give excuses for what happened.”

“We are however compelled to state our displeasure with the shooting incident. We will liaise with the Ghana Police Service to bring the matter to appropriate conclusion while we continue to seek medical attention for our injured fan. “We appeal to our supporters to remain calm and note that no matter the circumstance, exercising restraint is always a good option.”

“Management will team up with the Ghana Football Association and other stakeholders of the game to ensure that, discipline and decency are brought to our venue all the time,” the statement concluded.