GHPL: Chelsea Were Better Than Us – Kotoko Coach Maxwell Konadu 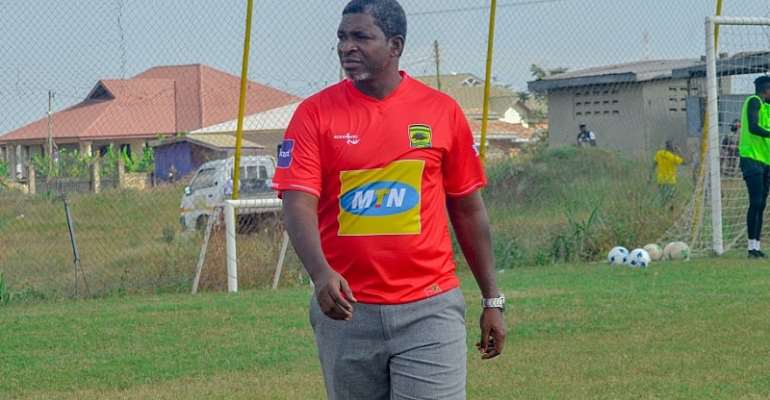 Head coach of Asante Kotoko, Maxwell Konadu has admitted that they lost to a better side in their matchday three fixtures of the Ghana Premier League.

The Porcupine Warriors were stunned by a lone by Berekum Chelsea at the Baba Yara Sports Stadium on Sunday.

Speaking after the game, Konadu said they lost to a better side but charged his players to return to winning ways in matchday four.

The results leave the Reds at the 6th position with 6 points.

“I believe it was a keenly contested game,” he said.

“We admit that we lost the game and I have told my players to up their game.

“Chelsea prepared very well coming into the game and they won genuinely.

“Go forward, we have to better our performance and make sure we bounce back stronger,” he added.

Kotoko will travel to Tarkwa to face Medeama at Akoon Park on Wednesday.