GHPL: ‘Our Tactics Was Superior’- Berekum Chelsea Coach After Win Over Kotoko 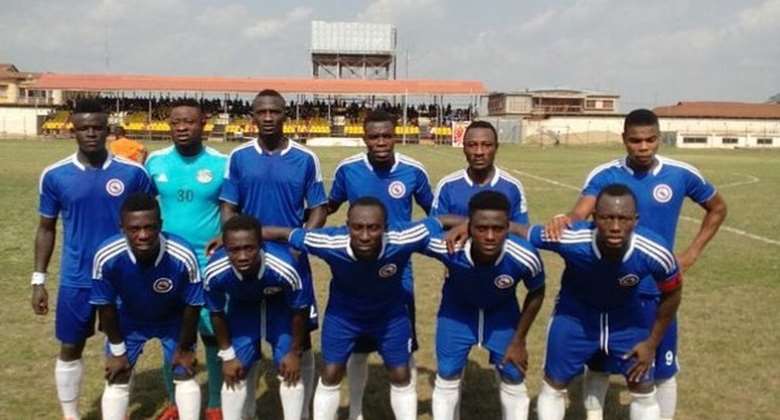 Head coach of Berekum Chelsea, Joseph Asare Bediako has said his team got the win over Asante Kotoko because he got his tactics to spot on over his fellow opponent Maxwell Konadu.

The Blues stunned the Porcupine Warriors by a lone goal.

A first-half strike from Kofi Owusu propelled Chelsea to their second win of the 2019/20 which also handed the Kotoko their first defeat.

After the game, Joseph Asare Bediako maintained that he has studied Kotoko style of play and knew what they were bringing on board.

He added that the tactics Maxwell Konadu used in the game was the tactics he Asare Bediako used during his coaching days in the Division One and Two.

''Our strategy worked well for us and we worked a lot in training for the past week, so we knew what we were going to do and did it to perfection.

''I knew them (Asante Kotoko), I saw them against Hearts of Oak, they played possession football but in their own half and then they just send long searching balls to the wingers Augustine Okrah and Emmanuel Gyamfi because of their speed. So we knew all those things, we practiced on that and won," he added.