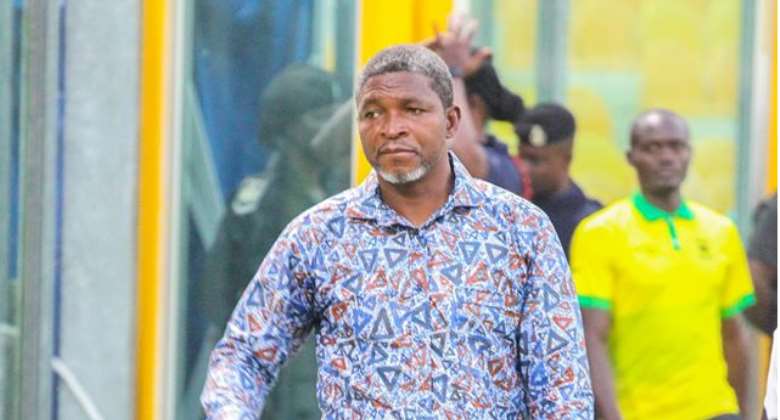 Kofi Owusu latched on Jeorge Renchi’s pass into the Kotoko box and shot it into the left bottom corner to beat Felix Annan to give the Blues the needed win.

Speaking to the press after the defeat, Maxwell Konadu chose to blame defender Empem Dacosta who the coach believes was too weak at the defence for conceding too easily.

“We did a lot of defensive work at training before the game but some of us have developed some style of play that I think is not good for modern-day soccer.

“Also, we have defenders that go down so easily which you sometimes have to think about it.

Defender Empem Dacosta
“If he [Empem Dacosta] had stood on his grounds maybe that goal wouldn’t have come.

“Now he has seen it through our corrections on the pitch after the goal so what is left now is for him to think about it and correct himself because we have said over and over again and it has to end.

“He didn’t play too bad though, he did his best just that these are the minor issues that if you fail to correct them you will get punished for them.

Asante Kotoko next travel to the Akoon Park to battle Medeama Sporting Club in match week 4 of the season.