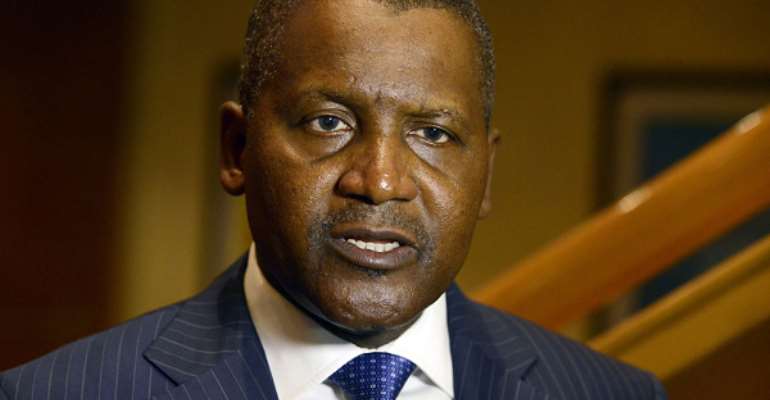 Ranked by Forbes magazine as the 136th-richest person in the world and the richest man in Africa, Dangote says as soon as his Dangote Group completes the $20billion worth of projects under construction he will make an offer for the club currently owned by Kroenke Sports & Entertainment.

"It is a team that, yes, I would like to buy someday but what I keep saying today we have 20 billion dollars worth of projects and I think that is really what I want to concentrate on," Dangote said in an interview with Bloomberg.

"I am trying to finish building the company and then after we finish maybe sometime in 2021...

The life-long Arsenal fan is currently constructing the largest single-train refinery in the world.

It will process about 650,000 barrels of crude oil daily, transported via pipelines from oil fields in the Niger Delta, where natural gas will also be sourced to supply the fertilizer factory and be used in the electrical generation for the refinery complex.