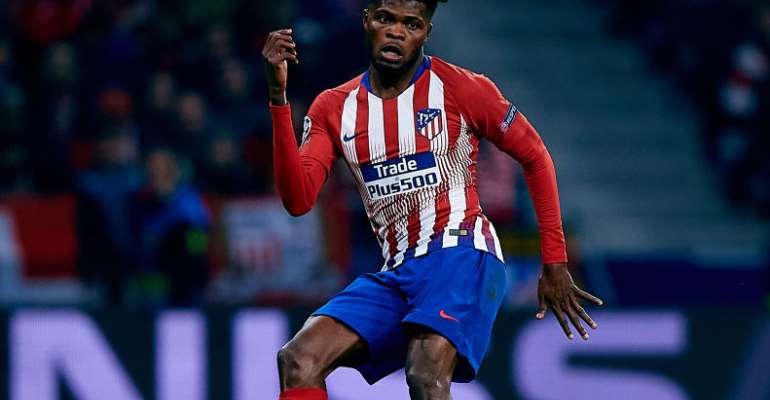 Ghana midfielder, Thomas Partey failed to convert his penalty as Atletico Madrid succumbed to a 4-1 shootout loss to Real Madrid in the Spanish Super Cup final on Sunday in Jeddah.

The Los Rojiblancos progressed by seeing off Barcelona 3-2 within regular time in the semis.

Having received a yellow card in that tie, Partey did so this time again in the 75th minute.

However, Federico Valverde of Real Madrid was sent off in extra time for two bookable offences.

The 26-year old also successfully played five out of nine long balls, completed all his three dribbles and also won six of 10 ground duels while having 100% success in aerial duels.

Atletico Madrid will host Eibar this weekend in the Spanish La Liga.

Save Keta Municipal Assembly from bleeding - Protestors to A...
13 minutes ago