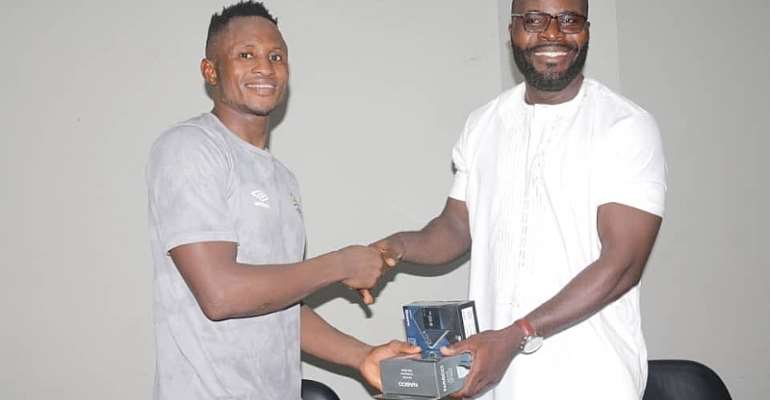 Hearts of Oak striker Joseph Esso was adjudged the ‘Man of the Match’ in the team’s 2-1 victory over Ebusua Dwarfs on Sunday afternoon in the Ghana Premier League.

The highly-rated attacker was handed a starting role for the Phobians in a Match Week 3 fixture of the ongoing 2019/2020 Ghanaian top-flight season.

In a match played at the Accra Sports Stadium, Joseph Esso impressed to help his teammates to record their first win of the campaign while earning applause for the supporters.

His hard work in the early parts of the first half paid off after 29 minutes when he fired in straight from a free-kick position to give his team a deserved lead.

Esso was also all over the place in the second half and created some goal-scoring opportunities for his teammates. At the end of a very good match with Dwarfs, Hearts of Oak eventually emerged as 2-1 winners with the help of the Black Stars B striker.

He was subsequently named as the Man of the Match for his efforts and contribution to the win of the Rainbow lads.