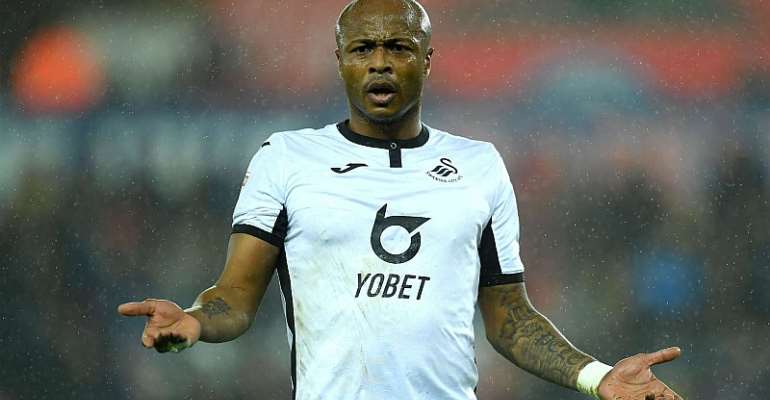 Andre Ayew was in action in Welsh derby that saw Swansea City play out a 0-0 draw with Cardiff City in the Championship on Sunday afternoon.

Ayew and his teammates defeated Cardiff by a lone goal in the reverse fixture last October, winning 1-0, courtesy of a Ben Wilmot strike.

Ayew played all through the 90 minutes at the Cardiff City Stadium, producing 47 touches and 20 accurate passes (76%).

He also had a shot on and off-target, two successful dribbles from three as well as one clearance, an interception and two tackles.

Ayew was highly involved in the game evidenced by being fouled by the opposition four times.

All hope is not lost for Steve Cooper’s side as they are tied on 42 points with Sheffield Wednesday in the final promotion play-off spot and can make inroads when they host Wigan Athletic at the Liberty Stadium on January 18.