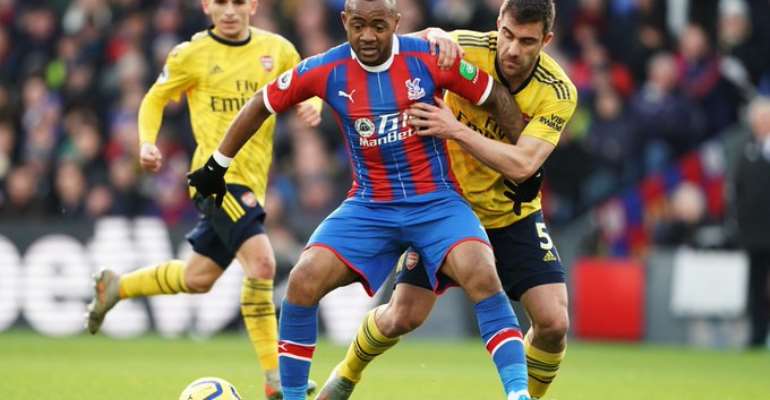 Jordan Ayew’s strike against Arsenal on Saturday in their 1-1 draw earned him and Crystal Palace more than just a point against their London rivals.

The goal took Jordan Ayew one goal clear of his brother, Andre Ayew in the list of the highest-scoring Ghanaians in Premier League history.

The deflected strike was Jordan’s sixth goal of the season and his 22nd in the Premier League overall in 121 appearances.

He amassed his tally playing in the English top-flight with Aston Villa, Swansea City and Palace.

He scored seven goals in his first season in the Premier League with Villa before netting once in the 2016-17 season while at Swansea.

The next season he scored seven more for the Welsh club.

He earned a loan move to Palace after Swansea went down to the Championship but endured a difficult goalscoring season, finding the net just once in 20 appearances.

However, this season he has already scored five times in 21 starts including the worldie against West Ham a couple of games ago.

That puts him one clear of his brother Andre Ayew who scored 21 times for Swansea and West Ham while in the Premier League although Andre scored his in considerably fewer games.

He is now just two goals away from Anthony Yeboah’s tally of 24 goals in 47 appearances for Leeds United.