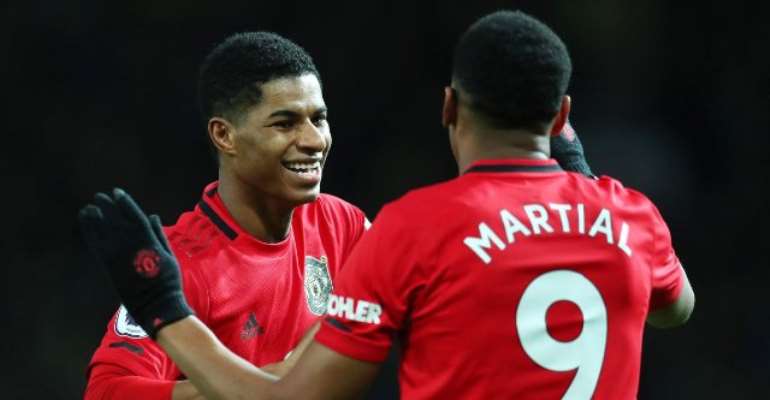 Marcus Rashford scored a brace on his 200th appearance for Manchester United, who romped to a 4-0 win over rock bottom Norwich City.

In keeping with their recent form, United struggled to carve out any chances of note in the opening stages despite dominating possession with Andreas Pereira playing in the number ten role. But Ole Gunnar Solskjaer's side did score with their first shot on target when a floated cross from Juan Mata, who started ahead of Daniel James, was volleyed in by Rashford for his 18th of the season.

The Canaries, who won in their last game at Old Trafford in 2015, struggled to find any rhythm in the absence of the injured Teemu Pukki. Daniel Farke's side came close to equalising on the stroke of half-time though after the home side committed too many players forward for a Fred corner, Norwich broke and Todd Cantwell's goal-bound effort was superbly saved by David De Gea.

The second half was a similar story with more one-way traffic. Rashford scored his second from a penalty after Brandon Williams was upended by the onrushing Tim Krul. Anthony Martial made the game safe after heading in from Mata's sublime cross following a short corner, a rare goal the home side have scored from a set-piece this season.

And substitute Mason Greenwood further enhanced his reputation, scoring from the edge of the box just six minutes after coming on, to seal the rout for a morale-boosting win ahead of Wednesday's FA Cup third-round replay against Wolves. The win sees United climb to fifth spot, five points off a Champions League spot, while the Canaries remain bottom of the table.