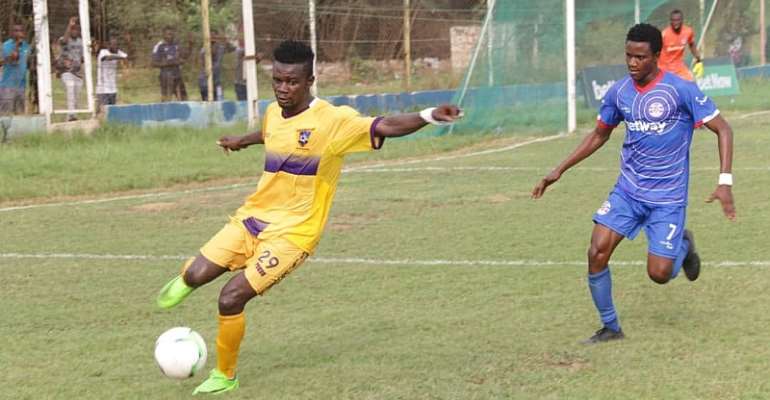 The two club went into the Match Week 3 fixture of the Ghanaian top-flight on the back of contrasting run of form. While the home team had drawn all first two games, the away side boasted of two convincing wins from the start of the campaign.

After a good performance from both sides at Dansoman today, neither could equalize in the first half as the teams went into the break with nothing to separate them.

An improved second half from Liberty Professionals saw them dominate their guests while they chased for an equalizer. The hard work of the team paid off on the 65th minute when Elvis Baffour shot the Dansoman-based side into the lead.

They could however not hold on for the remaining 25 minutes of the match as Medeama denied them their first win of the season. A strike from Babil Nana Kofi on the 79th minute earned an important point for the visitors who are now unbeaten in the first 3 matches of the Ghana Premier League season.

Medeama remains top of the season but could be overtaken by the likes of Asante Kotoko, WAFA, Aduana Stars, Ashanti Gold, or Dreams FC if any of them gets a win in their fixture tomorrow.