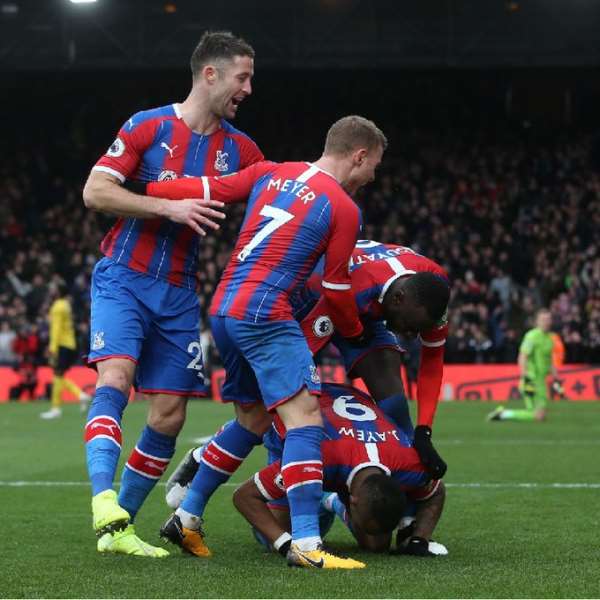 Ghanaian striker Jordan Ayew has scored against Arsenal in the English Premier League to earn an important point for his Crystal Palace side this afternoon.

The two London-based clubs locked horns at the Selhurst Park in a match week 22 fixture of the English top-flight. In a match that proved dramatic at times, neither side could go on to bag all 3 points.

Nicknamed the Gunners, Arsenal started the match very well and took a deserved lead after just 12 minutes when Pierre-Emerick Aubameyang scored with an assist from Nicholas Pepe.

Despite proving to be the superior side in the half, Arteta’s side could not add to their tally as they went into the break with just the one-goal lead.

Crystal Palace looked sharper after returning to the pitch and pushed to restore parity in front of the home fans. They found a way past Arsenal on the 54th minute when Jordan Ayew’s deflected shot found its way into the back of Leno’s net.

Later in the match, Pierre-Emerick Aubameyang was given the marching orders for a bad foul which ultimately handed the Eagles a man advantage.

Though both sides created some goal scoring chances in the last 20 minutes, neither could find the back of the net, forcing the match to end in a stalemate.

Jordan Ayew who worked tirelessly for his side lasted the entire duration of the match and now has 6 goals in the English Premier League.