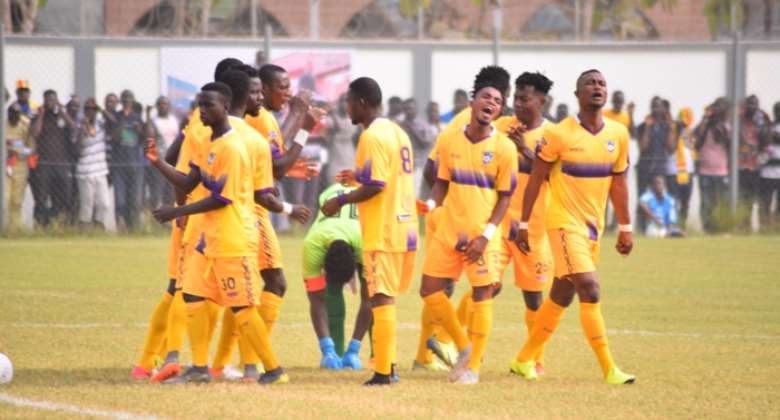 The two top-flight clubs will go head to head at the Dansoman Carl Reindorf in the first match of Match Week 3 of the competition.

As the Yellow and Mauves search for a third win of the season, head coach Samuel Boadu has named a very formidable side that sees the experienced Kwasi Donsu starting his first match of the season.

In attack, in-form Prince Opoku Agyemang who has scored 3 goals in two matches for Medeama SC has also been given a starting role.

The match will kick off at 15:00GMT.
Medeama SC’s starting lineup for the Liberty Professionals match: