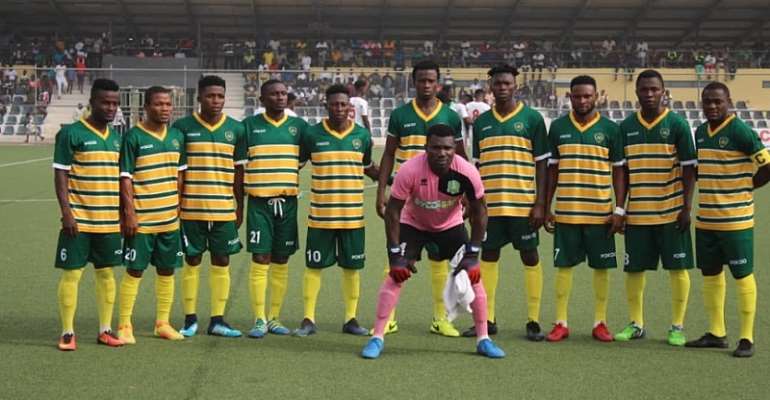 A Hight Court based in Cape Coast has ordered the Ghana Football Association to kick out Ebusua Dwarfs from the ongoing Ghana Premier League.

The Mysterious club were dragged to Court by lower-tier Great Liverpool over the club's failure to pay the transfer fee of their player Patrick Villas in 1999.

In July last year, the High Court ordered the immediate liquidation of the Ghanaian top-flight side after failing to settle a 21-year debt by the club.

A 35-year-old Patrick Villars joined Ebusua Dwarfs in 1999 and spent three seasons at the club before leaving to join Turkish club Trabzonspor.

According to Kickgh.com, the Cape Coast High Court stated in their letter to the Ghana FA that a Registrar of Companies has been appointed to liquidate the Ghana Premier League side to settle the indebtedness.

Ebusua Dwarfs are yet to record a victory in the ongoing Ghana Premier League season after match-day two.

Ebusua Dwarfs will be battling with Hearts of Oak in the week three on Sunday at the Accra Sports Stadium which will be aired live on StarTimes.

August 4 declared public holiday in celebration of Founders ...
53 minutes ago