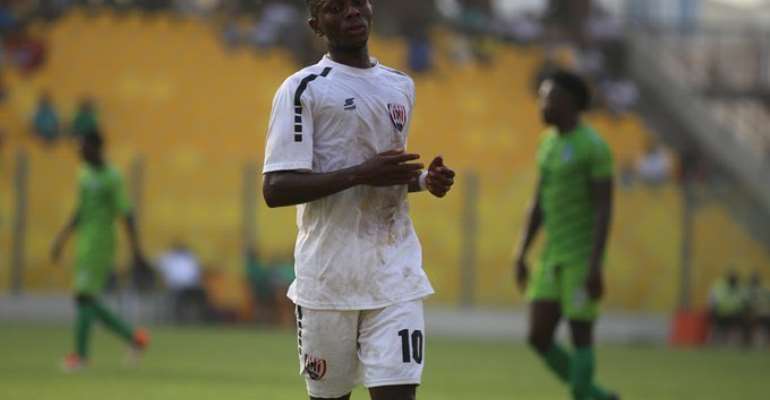 Inter Allies hardworking midfielder Mohammed Zakari has revealed that it is his aim to score more goals for his club in the ongoing 2019/2020 Ghana Premier League season.

The number 10 shirted man has featured in all two matches for the team this season where they faced Aduana Stars and Bechem United. Though the Capelli Boys lost their first match, they recovered and won on the second outing.

Mohammed Zakari managed to impress in the second match but failed to find the back of the net. In a pre-match interview ahead of Inter Allies’ meeting with Karela United this weekend, the midfielder has indicated that he wants to be getting on the scoresheet more for his club this season.

“Looking at the two games I have played, it hasn’t been bad for me. We lost the first game because things didn’t go on well for us but the second game we went in and won”, he said.

Zakari added, “Looking at my performance it’s not enough for me even though I am doing well. This season I want to add goals and assist more in games.”

On the encounter with Karela United, the midfielder stressed that Inter Allies will go all out to try and get the win that will earn them the maximum 3 points.

‘’Right now we are preparing for our third game. Looking at the training and the players, we are all going all out to bring the maximum three points, if not the 3 points we will ensure we don’t come out with a defeat”, he said.

The clash between Inter Allies and Karela United will be played on Sunday at the Akoon Community Park.