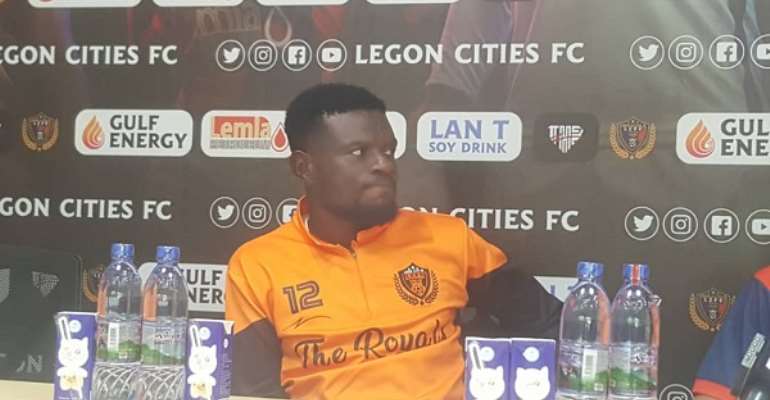 Legon Cities goalkeeper, Fatau Dauda says he will use his experience to help improve the performance of his teammates.

The former Eyimba FC shot-stopper has rich experience having spent seasons with AshantiGold as well as the senior national team, the Black Stars.

The Royals were stunned by 3:1 Asante Kotoko at the Accra Sports Stadium in the matchday two fixtures.

Speaking ahead of this weekend's clash against Dreams FC, Fatau Daudu said things of such nature (second-half collapse) are bound to happen as it is a relatively young team but they will come good as the season progress.

"It is true I have experience and day in day out I try to talk to the team, for instance ahead of the Kotoko clash I told them to play without fear and give their best.

"This is a young team and some have never played in the Premier League, with time we will get better"

The 2016 champions (formerly Wa All-Stars) are 12th on the League log after two games which single point.

Ghana could default on debt payment if government fails to s...
10 minutes ago