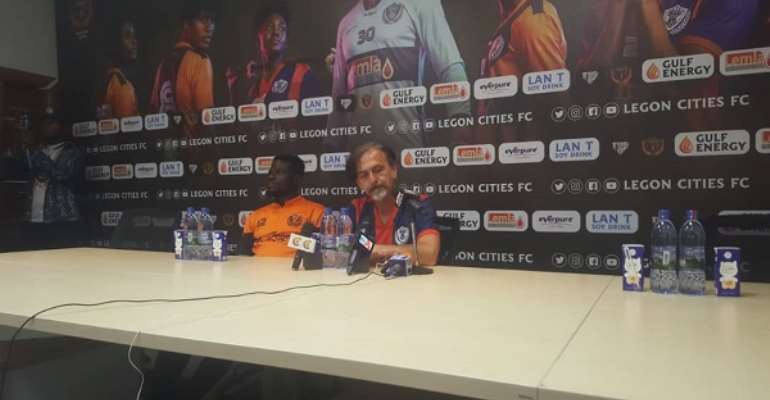 Legon Cities head trainer, Goran Barjaktarevic has vowed to improve his side after a dwindling start of the Ghana Premier League.

The Bosnian-German who was appointed last month few days to the start of the 2019/20 season has had limited time to implement his ideas with the 2016 champions.

He led his outfit to Dansoman in their 2-2 against Liberty Professional before succumbing to a 3-1 defeat to Asante Kotoko at the Accra Sports Stadium.

Speaking to the media ahead of their Matchday 3 clash against Dreams FC at Dewu, Goran Barjaktarevic said he has been impressed with the early signs from his outfit despite their poor defensive record.

According to him, he has mapped out a strategy to stop Dreams FC's winning streak.

"We know we have to improve at all fronts, fitness-wise and strategy, we have conceded five goals in the league so far but what I have seen from the team in the couple of days is encouraging.

"We have studied Dreams FC and know how they play so we approach the game differently, we want to win every single match," he added.

Legon Cities are 12th on the standings with a single point coming by way of the 2-2 draw against Liberty Professionals.