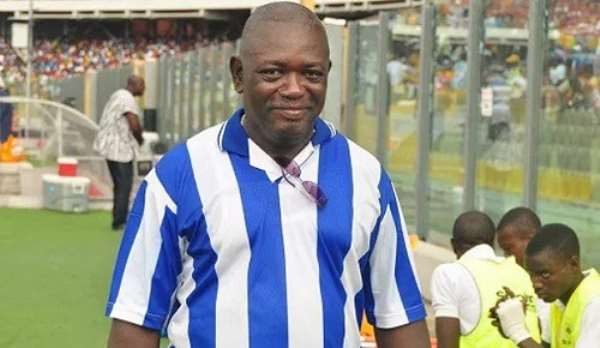 The board chairman of Accra Great Olympics, Mr Oluboi Commodore has assured supporters of the club to remain calm in the midst of their two consecutive losses in the Ghana Premier League.

Olympics lost 1-3 to Ashgold at the Len Clay Stadium in Obuasi in their first match and again lost 0-1 to Aduana Stars at home but the board chairman says “no fears" as the competition is at its early stages.

Their performance since returning to the elite league this season through congress acclamation is turning out to be disastrous as supporters look for quick fix to their problems to avoid relegation.

However, the board chairman during an interview on radio sounded optimistic that the club will bounce back strongly from its current predicament and start amassing points soon.

"We are still registering players so no fears at all. We are sure that we can get at least a point from our match against Bechem (United), then we move on to play Karela and start grabbing our points," Commodore said convincingly.

He further posited that hard-luck robbed them of a point during second game because his side didn't deserve to lose that game against Aduana Stars on Sunday considering how well they played.

“We are doing our best because we didn't deserve to lose last Sunday judging from how we played. It was just a bit of bad luck or hard luck.

“Until we face the likes of Hearts of Oak, Kotoko and Medeama, the rest are teams we should be able to beat, so I am very sure we will move ahead," he said.

Olympics which is arguably one of the most fancied clubs in Ghana football are currently without a point and lies on the bottom half of the 18-club premier league table with a four goals deficit after two matches.