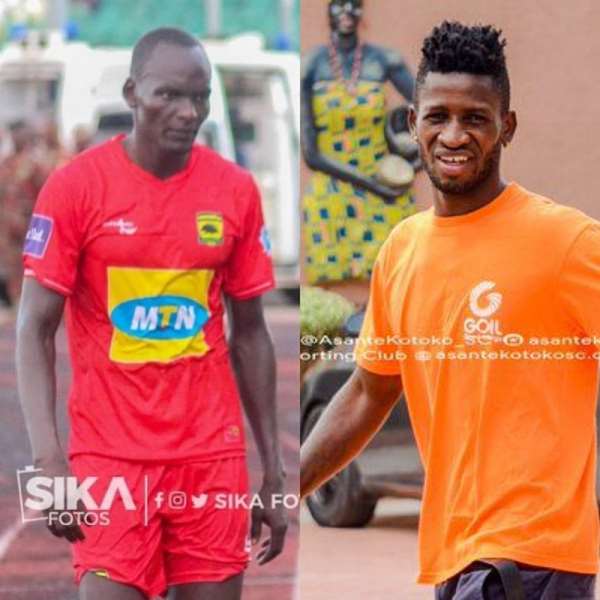 The Chief Executive Officer (CEO) for Kumasi Asante Kotoko, George Amoako has confirmed that striker George Abege and midfielder Didi Arnold will be leaving the club in the coming days.

The two players joined the Porcupine Warriors in the summer of 2019 to give the side a squad boost to help in their African campaign.

Though there were high hopes for the foreign imports to excel, they have failed to live up to expectations which have now forced the club to take the decision to terminate their contracts.

In a bid to do that, the agents of George Abege and Didi Arnold has insisted that the management of Kotoko should pay six months of their salaries before they will agree to the contract termination.

With the club only ready to pay 3 months compensation, the parties involved have failed to reach an agreement in the last couple of weeks.

Giving insight into the story in an interview on Angel FM in Accra, Kotoko CEO George Amoako says all standing blocks have been resolved to have the contract of the two players terminated.

“We have explained to them that they have not been up to the Kotoko demands. They have accepted it. The only problem was how to see them off. Meanwhile, we have a clause in our contract with them which specifically says that if your performance is found to be not good enough, we have the power to terminate your contract and it was read to them and they know”, he said.

George Amoako further observed, “The only issue with them is how much to pay to them as compensation for them to go…It has been resolved and we will see them off in the next couple of days”.

George Abege and Didi Arnold will not be part of Maxwell Konadu’s team that will host Berekum Chelsea at the Baba Yara Sports Stadium this weekend in the Ghana Premier League.