We Can Offer A Better Coverage Than StarTimes, Says GBC Director General 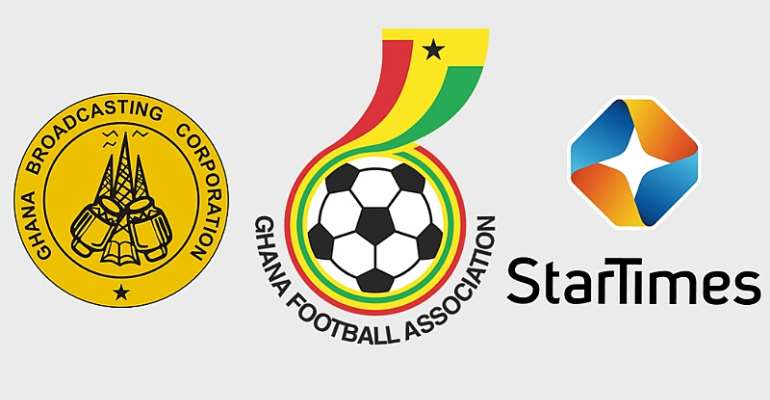 The Director-General of the Ghana Broadcasting Corporation (GBC), Prof. Aminu Alhassan says their disappointed that the Ghana Football Association (GFA) rejected their financially and technical superior offer for the television broadcast rights of the FA Cup and the Ghana Premier League.

According to him, he believes his company is more capable than StarTimes in terms of financial and technical supreme which supposed to win the TV broadcasting bid from the GFA.

"There is no need to debate on this, we all know that when it comes to accessing Ghana, given them free to air broadcasting, StarTimes is no much to GBC" Professor Alhassan told OTEC FM.

"We Have free to air broadcast, we have six (6) channels, Fifteen (15) radio station and we told in our bid that we will also make it available to some other Ghanaian TV stations. So, in any case, there is no way StarTimes which is pay per view can beat us in terms of the technical proposal. Our proposal for financial and technical was superior. Why should we not win it?" Prof. expresses his displeasure.

"The GFA needs to do a lot of explanation to us and Ghanaians as to why a national content like Ghana Premier League and FA-Cup should be given to a pay per view channel whiles the majority of Ghanaians deserve to watch it, both rural and urban areas in the country. Why is the GFA restricting [our games] it to only those who can pay and watch?" he asked.

"We are only bringing up to tell Ghanaians that GBC is capable and more than capable, we have done it before and our records are there," he concluded.