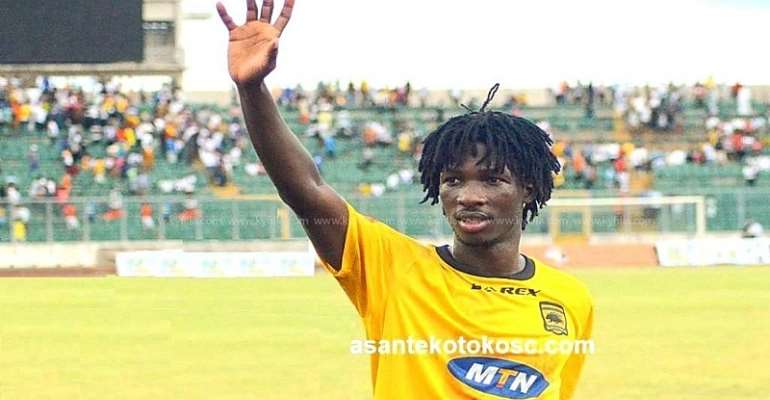 The Porcupine Warriors risk losing the striker on a free transfer with a couple of African clubs circling as his contract nears expiry – in three months.

Kotoko have made several attempts to tie the Burkinabe international down to a new deal but in all failed to meet his demands.

It is understood that Olympique Khouribga, knowing Yacouba’s contract situation, initially approached Kotoko with a $20,000 bid which was rebuffed but accompanied with an encouragement to improve their offer.

After 11 games in the 2019/20 Botola Pro League, Olympique Khouribga find themselves 13th on the log and are keen on reinforcement this transfer window in order to keep themselves in the Moroccan top tier at the end of the season.

Should the deal sail through, Songnè Yacouba could see himself leading the attack of the Stade du Phosphate outfit with Moroccan Reda Hajhouj who currently leads the league’s goal king race with 7 goals.