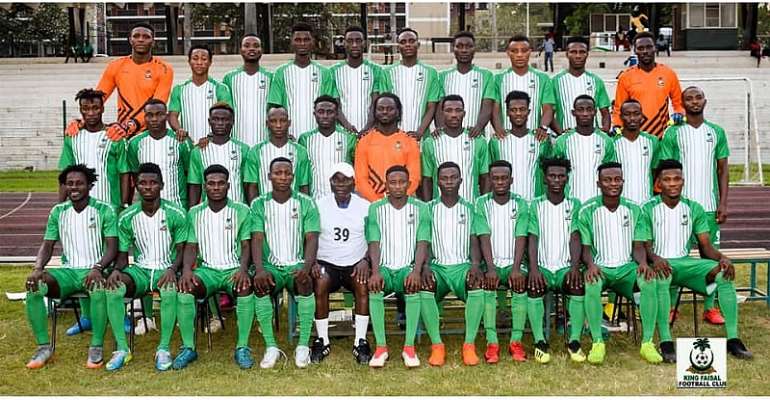 Life financier of King Faisal, Alhaji Grusah believes his side maintain their Premier League status despite the poor start.

The Kumasi based club are yet to record a win in the ongoing season after losing their first two matches.

Ahead of their away game against Aduana Stars in the match week three fixtures, the vociferous football administrator says his side will find the rhyme and maintain their Premier League status despite their difficult start.

“We are preparing a team to help us maintain our Premier League status but after two years, we will definitely challenge for the league title,” he exclusively told Asempa FM.

He also dismissed reports suggesting that he has put up the club for sale.

“The media has consistently asked if I am selling the club and I keep on saying no. Yusif Chibsah is a former King Faisal player and there is no way we will deny him if he wants to help the club but we are selling the club,” he added.

King Faisal are occupying the 16th position on the league log.