Edward Nii Odoom Gets Backing Of Hearts of Oak Management 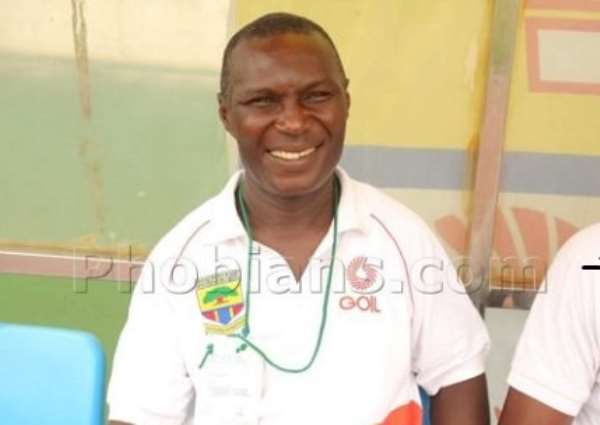 Edward Nii Odoom has received the backing of Hearts of Oak management despite the poor start of the Ghana Premier League.

The former Tema Youth trainer took charge of the club after the exit of Kim Grant after losing to Berekum Chelsea on matchday one of the Ghana Premier League.

The veteran trainer also suffered a humiliation by losing to Medeama by 3:0 on matchday two in Tarkwa.

The supporters of the club were hoping to see a new coach at the club but the club have asked the veteran gaffer to turn things around for the club.

“The club is working hard to turn thing around. We admit that things are not going as we planned,” the Communication Director of the club Kwame Opare Addo told Asempa FM.

“The management of the club have given Edward Nii Odoom the time to work. He is not new to the Ghana Premier League. He has done a good job with the junior team of Hearts of Oak and we will give him the support to work.

“We will continue to access him and when he is able to prove himself, then we make him the permanent coach of the club.

“We hope he turns things around for the club but if he fails, the management of the club will make another decision.

“The club have given him the go-ahead to search for his own backroom staff. He can make any recommendations to the club and support why he needs that person,” he added.