Spanish Super Cup: We Are In Saudi Arabia Because Of Money - Barca Boss Valverde 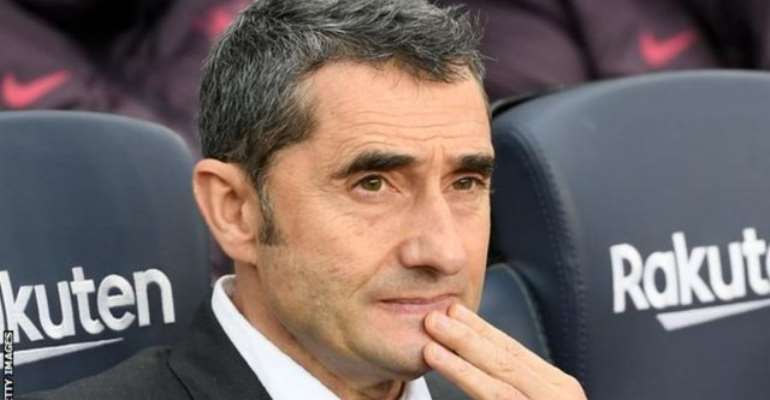 Barcelona coach Ernesto Valverde says he preferred the old format of the Spanish Super Cup and that the competition is only being held in Saudi Arabia because of the money on offer.

The competition has been reformatted to include the two top in La Liga and the finalists in the Copa del Rey.

It is normally played in August between the league and cup winners.

"The bottom line is football has become a business and as a business, it looks for income," Valverde said.

"That's the reason we are all here.
"It's a completely different format to what we're used to. It was always the first title and the opener of the season and to me, that seemed fine.

"It's been changed and let's see, it will be judged once it has happened. It's interesting, with four good teams, but from a sporting point of view, I'm not sure."

There has been criticism of the decision to host the event in Saudi Arabia - a nation with many human rights issues.

The deal was only signed after Saudi Arabia agreed women would be able to attend the games.

Valencia, who qualified after winning the Copa Del Rey, are also unhappy because they will only earn two million euros from the competition, compared to six million for Barcelona and Real Madrid, and three million for Atletico Madrid.

Barcelona face Atletico in the second semi-final on Thursday (19:00 GMT), with the winner facing Real in the final on Sunday (18:00 GMT) after Zinedine Zidane's side beat Valencia 3-1 on Wednesday.