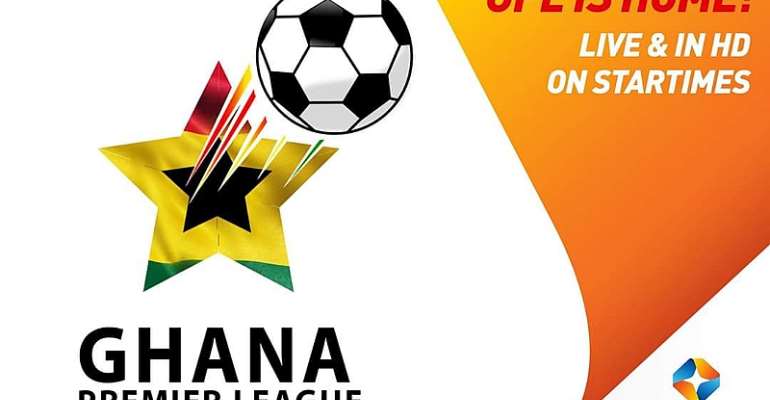 Chinese pay per view television network, StarTimes has secured the broadcasting rights for the next five years with the deal worth $5.23m.

In a statement released by the country’s football governing body on Wednesday, the television network will broadcast the Ghana Premier League and the FA Cup.

However, the football governing body reiterated that highlights of the game would be handed to other television networks in non-exclusive category.

Below is the statement released by the Ghana Football Association:

The Ghana Football Association is delighted to announce to its stakeholders that StarTimes Ghana are the new Television Rights Holders of the Ghana Premier League and the FA Cup.

StarTimes emerged winners of the competitive bidding process after the GFA accepted their offer, which was the best among other bids.

StarTimes will sign a five-year agreement with the GFA worth $5.25m US Dollars to be the exclusive Television Rights owner of the Ghana Premier League and the FA Cup with immediate effect.

Meanwhile, the GFA has decided to make highlights of the Ghana Premier League and the FA Cup available to other television stations in a non-exclusive category.

As part of the agreement, part of the monetary consideration will be used to produce matches and highlights of the Division One League, the Women’s Premier League and Women’s FA Cup to give the competitions the needed visibility.

The GFA, will, in due course, announce names of television stations who have been granted non-exclusive rights for the highlights shows.

The Ghana Football Association welcomes StarTimes as its partner and is looking forward to having a fruitful and mutually beneficial relationship.