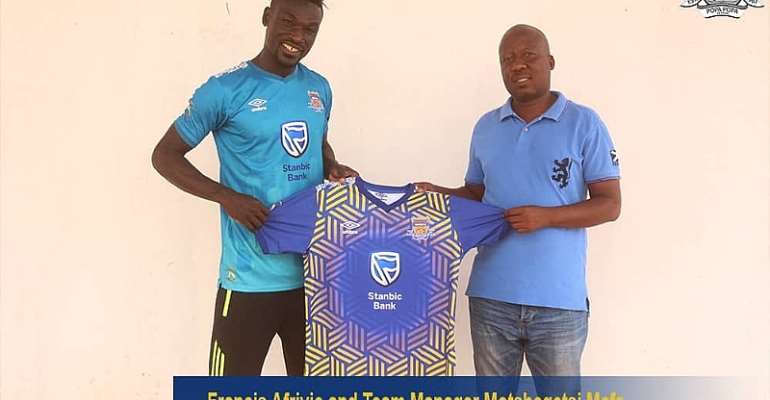 The player has joined the club from Kenyan Premier League side Gor Mahia which is said to be in the midst of an economic crisis.

The Ghanaian striker caught the attention of Township Rollers after he bagged 6 goals after making 11 appearances for his former club in the past season.

Francis Afriyie, 24, has now signed a two-and-a-half-year contract that will see him stay in Botswana until winter of 2022.

It continued, “The 24-year-old, who turns 25 on January 18 joins the Blues from current Kenyan Premier League champions Gor Mahia on a two and a half year contract”.