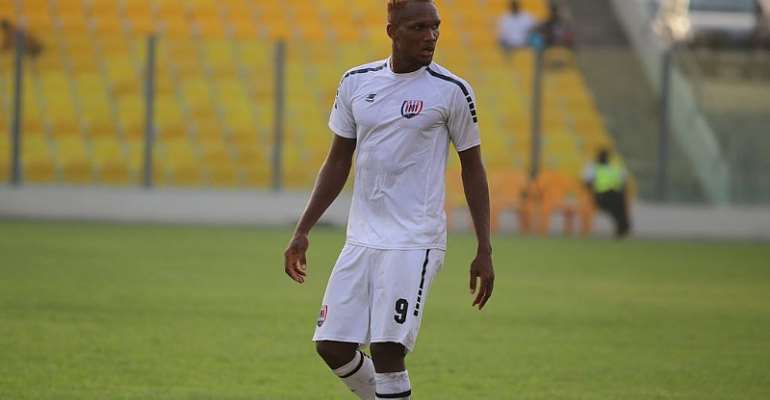 Inter Allies striker Isaac Osae has indicated that the club’s 2-1 win against Bechem United last weekend has given them confidence in the ongoing 2019/2020 Ghana Premier League season.

The club started off its campaign in the Ghanaian top-flight with an away fixture against Aduana Stars at the Nana Agyemang Badu Park. Unfortunately, they suffered a heavy 4-0 defeat at the hands of the Dormaa-based side.

Subsequently, on Match Week 2, Inter Allies stepped up and defeated Bechem United at the Accra Sports Stadium to ensure they bagged their first 3 points of the season.

Speaking to Inter Allies media after the match, striker Isaac Osae says it was good to cruise to victory while citing that it gives the team confidence going into subsequent matches.

“We needed to win after losing our first match. This will help the team gain back their confidence so that we can face the task ahead”, the attacker said.

He further stressed that the Capelli Boys will continue working hard, especially on their finishing to ensure they win more games.

“We had a lot of chances that we failed to convert, unfortunately, but the team will keep working hard so that we can score at the least opportunity”, Isaac Osae shared.