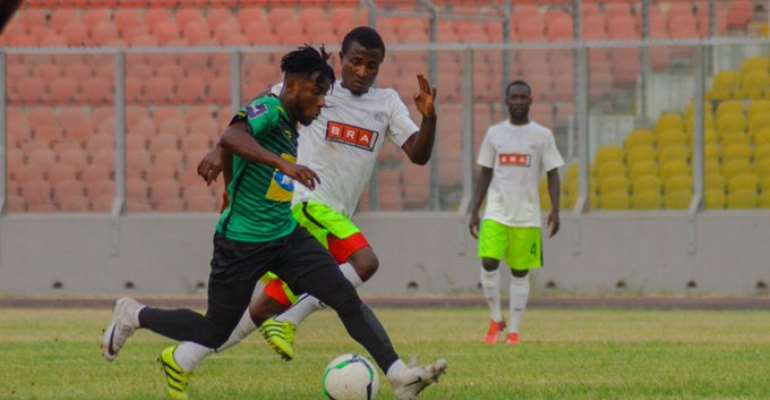 Kumasi Asante Kotoko attacker Maxwell Baakoh returned to action for the first time in ten months to feature for the club in its friendly encounter with Lazio FC on Tuesday afternoon.

The diminutive winger who excels when given a free role in the attack has been out of action for a long time after sustaining an injury while in action for the Porcupine Warriors against Nkana FC in the CAF Confederations Cup.

After ten months, Baakoh has finally regained fitness and played 46 minutes when Asante Kotoko engaged Lower Division side Lazio FC in a friendly match at the Baba Yara Sports Stadium.

The forward looked sharp and is close to gaining the expected match fitness that will see him playing in the ongoing 2019/2020 Ghana Premier League season for his club.