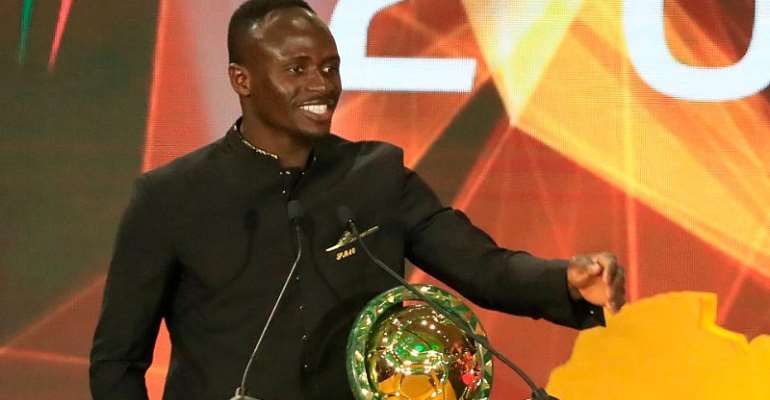 From cities, through towns to rural areas across Senegal, the CAF Awards 2019 dominated discussions at all levels as Sadio Mane was crowned African Player of the Year on Tuesday in Hurghada.

It was the key subject in major media discussions from the print media, radio and television which set the tone for the coronation of Mane, a wonderful 2019 season with his club, Liverpool and the Senegal national team.

Sports daily, ‘Stades’ which translates to English ‘Stadia’ carried the banner headline “Sadio - coronation time” for the Tuesday edition clearly capturing the anticipatory mood of the entire country who clearly believed the topmost individual honour in African football was destined for the talismanic forward this time.

And when CAF President Ahmad Ahmad announced the name of the winner, the West African country erupted into ecstasy.

The birthplace of Mane, Bambali, was besieged by many media outlets and served as a hub. The ceremony was broadcast live by the biggest television channel in Senegal, RTS 1, Mane was deservingly crowned the continent’s best.

"We do not have the words to thank Sadio (Mane) who has brought be attention of the village in the best positive way, a local resident told public broadcaster, Radio Senegal.

On his part, Senegal’s Minister of Youth and Sports, Matar Ba said: “Sadio has fought his way to progress and to become the best player on the continent. He has always grinded his teeth in the face of difficulties to move forward”.

“Faced with difficulties, he fought, last year, at home, he did not win but that did not prevent him from fighting to get this crown. This is the lesson that we must take from his coronation,” Ba added.

El Hadj Diouf has been the only Senegalese to win the honour, completing a double – 2001 and 2002.