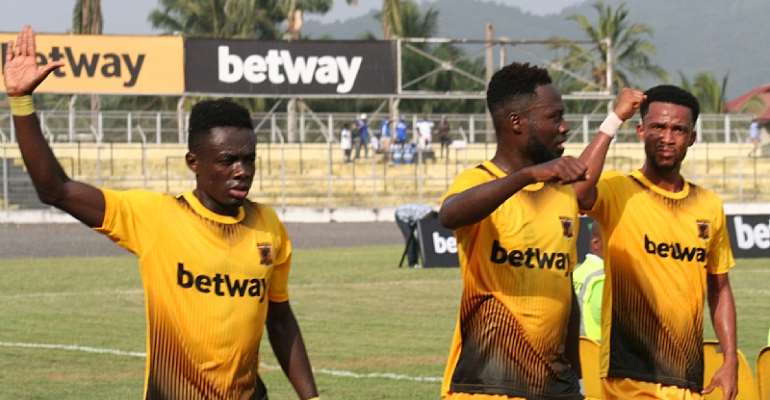 Kumasi-based Ashanti Gold is eyeing a third successive win in the 2019/2020 Ghana Premier League season as they prepare to take on Techiman Eleven Wonders this weekend.

The Miners have maintained a 100% record after the first two matches and remain one of the clubs tipped as favorites to go on and lift the top-flight title at the end of the campaign.

They started off the league with a 3-0 victory against Great Olympics at the Len Clay Sports Stadium before subsequently defeating King Faisal at the Baba Yara Sports Stadium.

After that good start, Ashanti Gold is now set to come up against Techiman Eleven Wonders in what will be another home match.

In a post on the club’s official Twitter handle, they have shared that they want to make it three wins in three matches this weekend.

The Clash with the Techiman-based club will come off on Sunday, January 12, 2020, at the Len Clay Sports Stadium. Kick-off is at 15:00GMT.