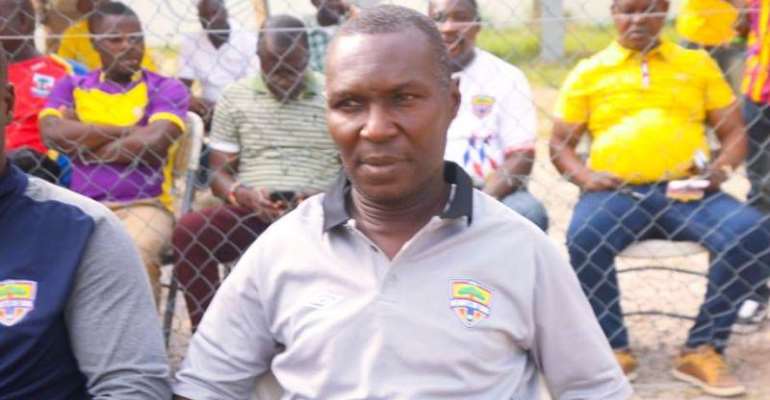 Edward Nii Odoom, an interim coach of Hearts of Oak has received the backing of the club to steer them to glory once again after a troubled start to the season.

After two matches played, the Phobians are crawling at the 17th position with no points.

The poor start of the 2019/20 Ghana Premier League season led to the exit of Ki Grant as the head coach of the club.

Edward Nii Odoom, who was the assistant to the former Ghana international was promoted from the club’s junior ranks to act as head coach in a stop-gap capacity.

Speaking in a radio interview with Accra based Asempa FM, the club’s prime communicator, Opare Addo has reiterated that the management has given the former Tema Youth gaffer to prove himself.

“Coach Odoom is not new to the GPL or football in Ghana, so if you appoint him to be an assistant you need to give him time to get the job done.

“We need not rush to appoint a new coach. We will give him (Odoom) all the support and if there’s any technical support we need to give him we shall do that.

Opare Addo concluded that they shall monitor results subsequently and assess how Edward Nii Odoom fares.

He, however, expressed optimism that Hearts of Oak will take a positive turn soon.

Hearts of Oak’s next game is against another struggling side, Ebusua Dwarfs and victory in this encounter will surely be the impetus to get their season back on track.