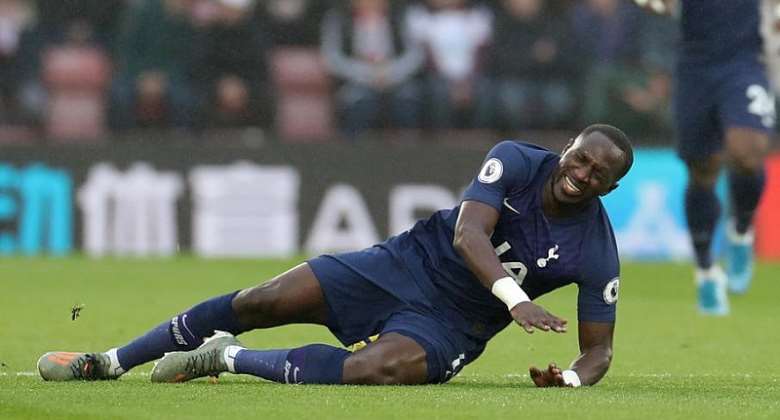 Tottenham Hotspur midfielder Moussa Sissoko has undergone knee surgery that could keep him out of action until April, the Premier League club said on Tuesday.

The 30-year-old France international sustained the injury to his right knee in Spurs' 1-0 league defeat at Southampton last week, a match in which striker Harry Kane tore his hamstring.

"Following a clinical assessment and scans, Moussa has today undergone surgery to the medial collateral ligament in his right knee," Tottenham said in a statementstatement.

"Our medical staff will monitor Moussa's recovery before he commences rehabilitation with a view to returning to training in early April."

Defeat by the Saints left Jose Mourinho's Tottenham sixth in the table with 30 points from 21 games ahead of Saturday's clash against league leaders Liverpool.