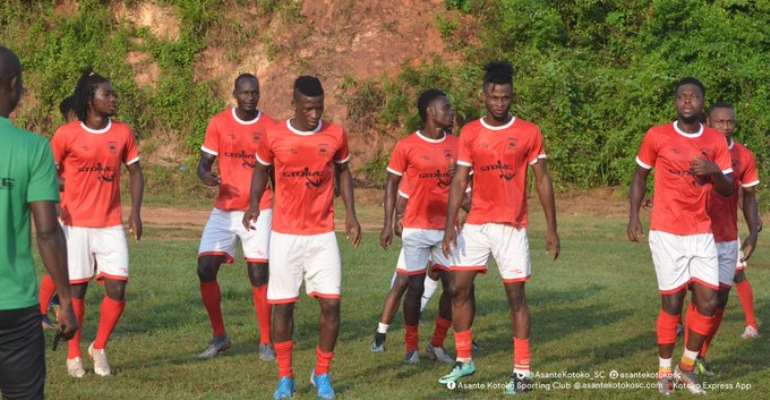 Ghanaian giant Kumasi Asante Kotoko has announced that they will be playing a friendly match against Lazio FC today as they step up preparations for their next encounter in the Ghana Premier League.

The Porcupine Warriors have had a good start to the season so far after winning all two matches. They posted a 1-0 win against Bechem United on Match Week 1 before going on to thump Legon Cities FC 3-1 in an away fixture.

Now set to come up against Berekum Chelsea on Match Week 3, the Reds are gunning for a third win to keep their 100% start to the campaign. In line with that, they will play a friendly with Lazio FC this afternoon to keep the players of Coach Maxwell Konadu sharp and in shape.

A club statement earlier today said: “UP NEXT. We will play Lazio FC in a friendly game at the Baba Yara Stadium at 3 pm today”.

Kotoko’s latest friendly match with the lower division side will be played at the Baba Yara Sports Stadium and will kick-off at 15:00GMT.