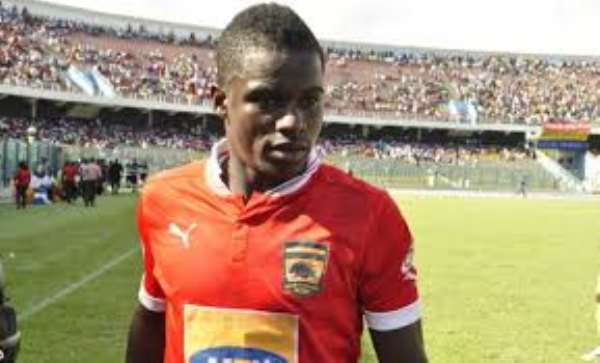 Ahmed Simba Toure, a former Asante Kotoko has confirmed he will be making a return to the Ghana Premier League.

The Asec Mimosa striker's contract is set to elapse in some few weeks and it is believed the Burkinabe attacker is not ready to extend his stay with the Ivorians.

Toure disclosed he is in talks with some Ghanaian clubs and could arrive in the country to start negotiations in the coming days.

"It is true that some Ghanaian clubs have approached me but I leave it to my agents. If the window shuts on Monday 13th January 2020, I will start training with that club but remember as a free agent I can sign a contract at any time," Toure told Kumasi based OTEC FM.

"My return could be midnight today, tomorrow, next week or next round of the league and it could be Kumasi or Accra based club. I know my return to Ghana Premier league Will drag more supporters to the stadium.

"I speak with Yacouba frequently, he is a younger brother and also plays for our national team and I wish him the injury-free season."

The transfer window in the Ghana Premier League will end on Monday, January 13.