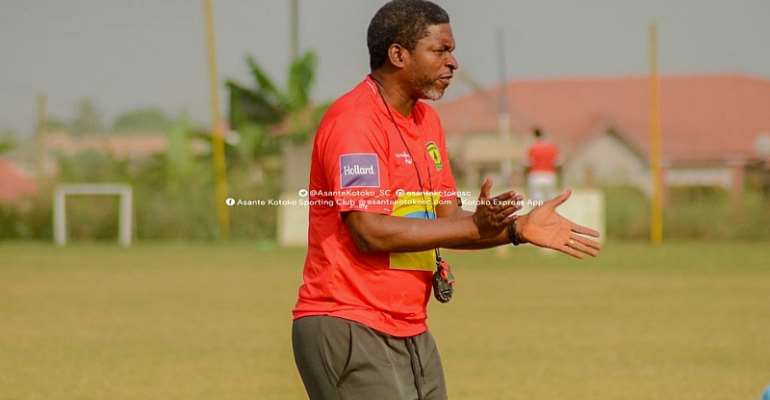 Head trainer of Asante Kotoko, Maxwell Konadu, has hinted that his outfit will make some addition before the end of the transfer window.

The Porcupine Warriors are occupying the top of the log after two matches played with six points.

After the 3:1 massive win over Legon Cities FC on Friday at the Accra Sports Stadium, Konadu confirmed that he was not keen on making more than two additions to his current squad.

“I will definitely strengthen my team but I don’t see more than two additions joining the club.

“What I can say now is that we are happy with the squad we have at the moment and we won’t see more than two players joining before the end of the transfer window,” he said.

Kotoko are looking forward to challenging for this season’s Premier League title after two wins from their opening matches in Kumasi and Accra.

The Porcupine Warriors will return to their favourite Baba Yara Sports Stadium in their next GPL fixture when they welcome Berekum Chelsea in their third fixture of the campaign.