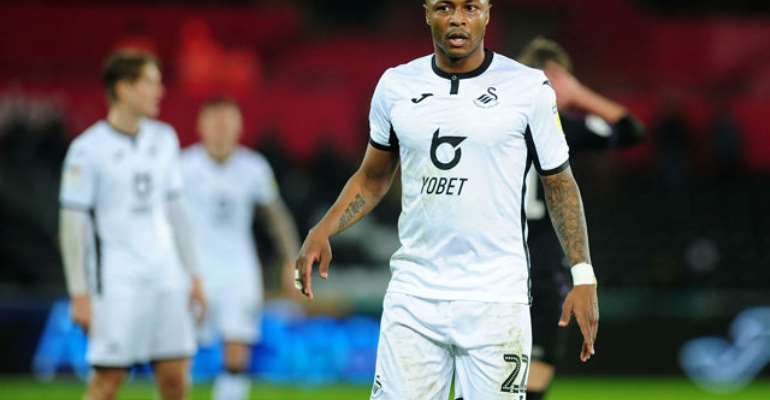 Tottenham Hotspur have enquired about signing the Swansea City striker Andre Ayew, according to reports in the UK.

Tottenham have been left short of options in Ayew's position, with Harry Kane set to miss the next six weeks through injury.

And the Ghanaian, who has scored 11 goals in 25 games for Swansea this season, is said to have been targeted as 'one of the players that could come in and add firepower up front'.

Reports claim that while Ayew is happy in Wales, a move to Spurs 'could be too hard to turn down'.

And with 18 months left on his contract, Swansea may struggle to resist any serious advances having also entered their second year of parachute payments.

The Tottenham manager Jose Mourinho was in charge of Chelsea when Ayew scored in a 2-2 draw at Stamford Bridge on his first Swansea debut.

The 30-year-old later spent 18 months as a West Ham United player before being bought back by Swansea for a fee similar to the £22 million they received from the Hammers.

Ayew has played most of his football as a left or central attacking midfield player and is not a like-for-like alternative to Kane.

He has been nominated for the Championship player of the month of December.