Aubameyang Desperate To Take Arsenal Back To The Top 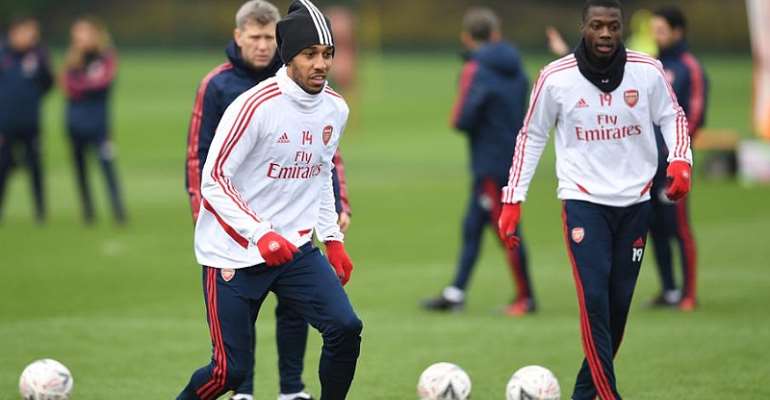 Arsenal captain Pierre-Emerick Aubameyang has said he remains committed to the club and wants to help them challenge for major honours, dispelling speculation that the Gabon striker might want to leave the misfiring north London side.

"People like making up stories and they should focus on what's happening on the pitch. They talk too much and it does my head in!" Aubameyang wrote in the match programme ahead of the FA Cup third round tie at home to Leeds United on Monday.

"I am the Arsenal captain. I love this club. I am committed to it and desperate to bring it back to the top, where it belongs", he added.

Aubameyang has yet to sign an extension to his current contract at the Emirates Stadium, which runs until 2021.

He joined the club in January 2018 for a then-record fee for the Gunners of 56 million pounds ($74 million).

Aubameyang was left out of the Arsenal line-up for the Leeds match due to illness, manager Mikel Arteta told the BBC.