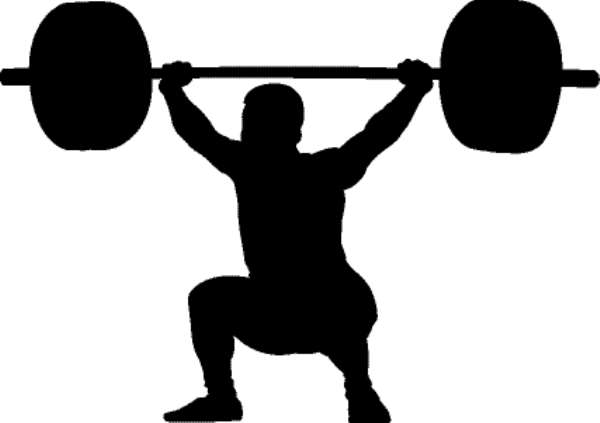 The second edition of the Western's Strongest ended with much ecstasy and with lots of records broken, and new ones definitely made.

The whole event was dubbed, "Channeling our energies to combat drug abuse; the fight for the society and the youth."

Western Region Powerlifters' Association, WRPA was inaugurated and officially recognised as a regional body and part of the Western Regional Sports Authority in September 2018. In that same year, the first-ever Western's Strongest Competition was organised and the theme then was "Promoting good sanitation and health in the region."

During that competition, a total of 56 competitors turned out for the audition, which ended with 30 competitors for the grande finale that helped at the Takoradi Technical University football park.

They were group into the various categories according to their Bodyweights;

Samuel Apedum was the winner for both middleweight classes

The 2019 competition, which marked the second edition of the Western's Strongest Powerlifting Competition, as the motto of the association indicates, "Strength With Purpose", was to educate the society and the youth on drug abuse being a fight for all.

The event was held at the Takoradi Mall on the 28th of December, 2019.

At the end of the Competition, the Western region saw new bench press records from all the weight classes.

And the overall bench press record of 230kg was made by Bright Appiah.

We also saw a new squat record of a whooping 340kg by Bright Appiah.

A Deadlift record of 300kg was made by Maxwell Klutse.

Definitely, records challenges to be broken next year.

Awards for each best bencher, best squatter and the best in deadlift were give to competitors from each weight classes.

Each competitor went home with an accredited certificate by the National Sports council.

The event saw another side attraction of the first ever Taadi Street Auto Show, where vehicles of varying molds and forms, displayed.

The Regional Vice Chair in the person of Mr. Paul Anabil Bukari(Bobby), thank the Almighty, the competitors, their supporters and everyone who was present, and also watched and listened from afar.

The PRO and the General Secretary of WRPA in the person of Mr. Ahmed Aidoo (General), indicated that, had it not been the magnanimous help by the TAKORADI MALL MANAGEMENT offering the venue and the sound systems for the competition free of charge and well-meaning individuals who affiliate the Pee's gym, the competition would not have been a success. Sadly, we had most competitors not turning up for the competition because the prizes were not encouraging.

General acknowledged the fact that lots were those who promised to provide supports in diverse ways but never saw the light.

He encouraged all cooperate institutions, in and outside the region and all well-meaning individuals to support the Western Region Powelifters' Association to promote the sport in the region.

A special thank was given to Media General's Connect FM for the platform they granted the association to announce the competition.

General assured lovers of the sport that, next year's competition shall be with a great purpose and all individuals and institutions who would want to support can email him through [email protected] or WhatsApp him on +233 274 529 667.

The day ended with much joy for all those who followed the competition especially, those who were present.