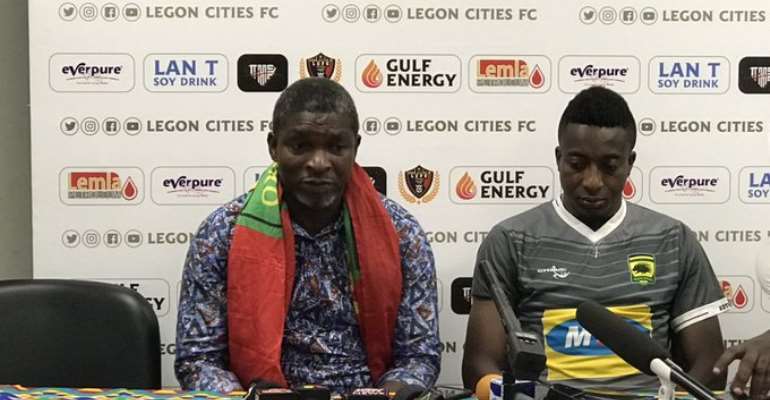 Head Coach for Kumasi Asante Kotoko, Maxwell Konadu has noted that he wants his players to build on their second-half performance in their match against Legon Cities FC that inspired them to a resounding victory.

A slow start to the Match Week 2 fixture of the 2019/2020 Ghana Premier League season last Friday saw the Porcupine Warriors going behind in the early minutes of the first half.

A revived display in the latter part of the half resulted in a goal for the Reds before a 5-star second-half performance from the Kumasi-based side powered the team to a 3-1 win.

In a post-match press conference, Kotoko coach Maxwell Konadu conceded that it was a difficult game for his team. He, however, acknowledges the improved performance from his lads in the second half and says they must build on it in subsequent matches as the Ghana Premier League gradually takes shape.

“Honestly the game was a difficult one from the onset. We all saw what happened. It wasn’t easy from the beginning but once we came with a game plan we knew that definitely the waters were going to be calm and we will have our game on. So we were able to soak the pressure. They had the first goal but we came back strongly to win the game”, the experienced gaffer observed.

He further stressed, “My overall impression is that it was a good game. We played much better in the second half and I think we only have to build on it”.

Kotoko will hope to make it 3 wins out of 3 matches next weekend when they take on Berekum Chelsea at the Baba Yara Sports Stadium.