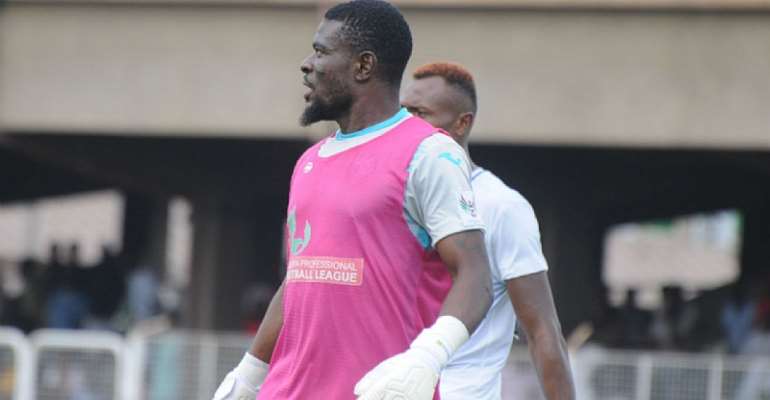 Captain for Legon Cities FC, Fatau Dauda has opined that he believes lack of concentration from the side in their encounter against Asante Kotoko caused their defeat.

The Royal club welcomed the Porcupine Warriors to the Accra Sports Stadium on Friday night in a Match Week 2 fixture of the 2019/2020 Ghana Premier League season.

At the end of an entertaining meeting under floodlights, Kotoko survived an early scare to emerge as 3-1 winners at the end of the 90 minutes.

Speaking at a post-match press conference, goalkeeper Fatau Dauda noted that his team tried to bag the available 3 points but lack of concentration caused their defeat.

“We prepared very well to come and win this game. We came in to win the game. That’s our plan. We learned something from our training ground with the coach but I think along the line we lost concentration”, the experienced goalie indicated.

He continued, “We were leading 1-0, Kotoko came in before the halftime and they equalized. As the coach said we are still preparing and we will do better.

“Although we lost but am proud of my boys. So we need to go back and make sure we correct ourselves and then continue because the league is still young”.

Legon Cities FC is yet to record a win in the ongoing campaign and will look to get the first victory next weekend when Match Week 3 comes around.