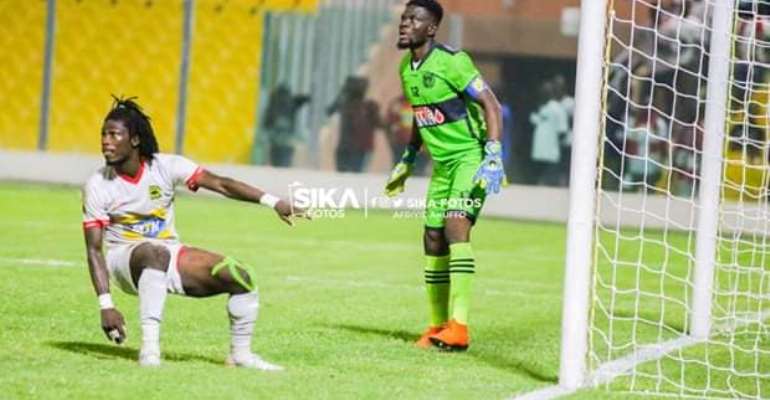 Captain for Legon Cities FC, Fatau Dauda has stressed that Kumasi Asante Kotoko must keep poster boy Sogne Yacouba at the club if they have an aspiration to compete in any of the inter-club competitions on the continent.

The Burkinabe import has been with the Porcupine Warriors for the last two years and has established himself as a key member for the side. Despite being an asset for the Reds, he is yet to sign a contract extension with reports indicating that he has less than six months on his current deal.

Last Friday, Sogne Yacouba was in action for Asante Kotoko and picked up the Man of the Match award after inspiring his side to a 3-1 win against Legon Cities FC on Match Week 2 of the Ghana Premier League.

In a post-match interview, Fatau Dauda who was in post for the losers has been praising the forward while likening his gameplay to former Kotoko striker Eric Bekoe.

According to the experienced goalkeeper, Sogne Yacouba is a very good player and the Kumasi-based side must keep him at the club.

“He [Sogne Yacouba] is a clever player. He is like Bekoe. Bekoe can turn, shoot from the left, shoot from the right. Yacouba is like that and he has power. Whenever he has the ball I need to be on my guard”, Fatau Dauda confessed.

He continued, “He is a good player and he has the skill so I think he can help the team. If they want to go to Africa again then they should keep that boy so that they can go forward”.