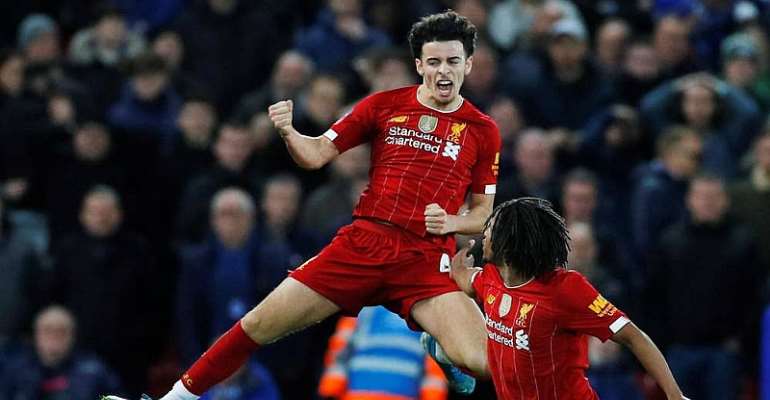 The German-made nine changes from the side that increased their Premier League lead to 13 points with victory over Sheffield United on Thursday - including three debutants in Takumi Minamino, Nathaniel Phillips and substitute Yasser Larouci.

And it was 18-year-old Jones who grabbed the Merseyside derby glory with a magnificent curling 25-yard drive that eluded the outstretched arms of Everton keeper Jordan Pickford as it arced into the top corner after 71 minutes. The Toffees remain without a win at their rivals since September 1999.

Klopp said: "I saw a sensationally good performance of a not very experienced team with a lot of players playing for the first time on this kind of stage, in front of this crowd, against the opponent. It was outstanding. I loved it - I loved each second of this game.

"If you want to be a Liverpool player, you have to respect the principles of this club. We cannot always play the best football in the world but we can fight like nobody else. And as long as we use our principles, we will be a difficult opponent to play against."