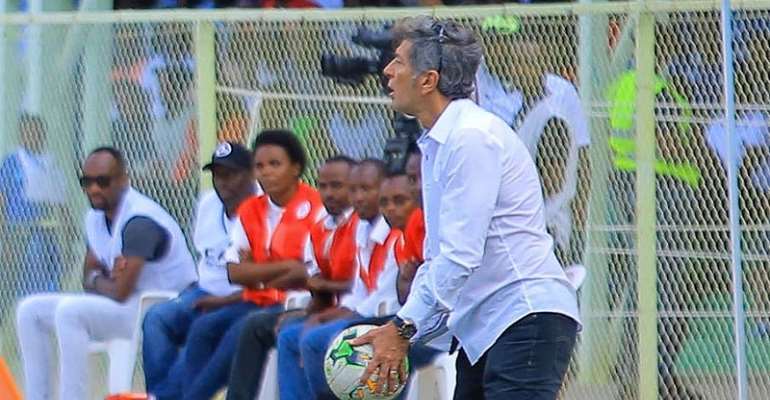 Enyimba announced Abdallah was dismissed following a run of poor results that saw them slip to 13th in the league after a 4-0 thrashing by leaders Plateau United on Sunday.

"This is not a decision we have taken lightly, nor in haste," Enyimba chairman Felix Anyansi-Agwu said.

"Results and performances since the start of this season have been very unimpressive and the club must take action to forestall further setbacks."

Enyimba are third in Group D of the second-tier Confederation Cup with three points from as many matches.

They host Paradou on Sunday hoping to avenge a 1-0 in the reverse fixture last month.

Abdallah led Enyimba to their record eighth Nigerian championship last season and reached the semifinals of the continental competition.

Assistant coach Fatai Osho has taken charge of the club for the time being, Enyimba announced.