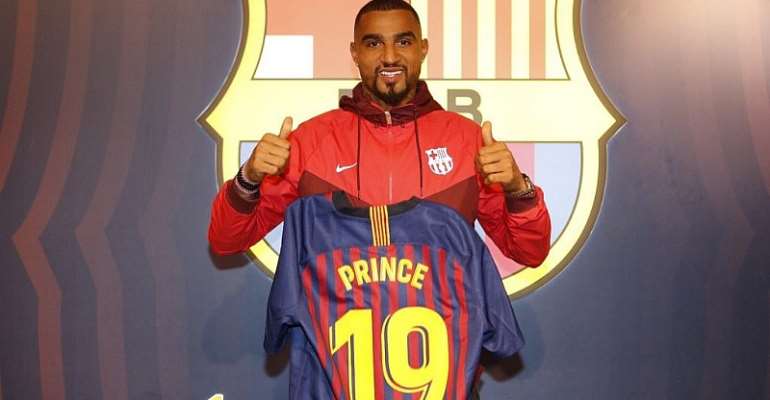 Spanish La Liga side, FC Barcelona has the chance to sign Norwegian sensation Erling Braut Haaland but opted for Kevin-Prince Boateng instead, according to Madrid based Newspaper, AS.

Haaland joined Austrian side Red Bull Salzburg that month and netted 29 goals in 27 games before sealing an £18million switch to Borussia Dortmund this year.

However, Valverde's side signed the Ghana striker on a six-month loan deal from Sassuolo to the Nou Camp but made just four appearances before joining fellow Serie A side, Fiorentina in the summer.

It is thought that Barcelona were seeking cover for front-line striker Luis Suarez, but considered Haaland to be inexperienced.

Haaland's eventual move to Austria worked out very well and earned him his move to the Bundesliga with Dortmund.

Following the move, the 19-year-old has now met up with his team-mates for a training camp in Marbella as the Bundesliga continues its winter break.

Much is expected of Haaland in Germany and it seems Dortmund could be the ideal place for him to flourish.