Zlatan Ibrahimovic Statue Cut Down By Vandals In Latest Attack 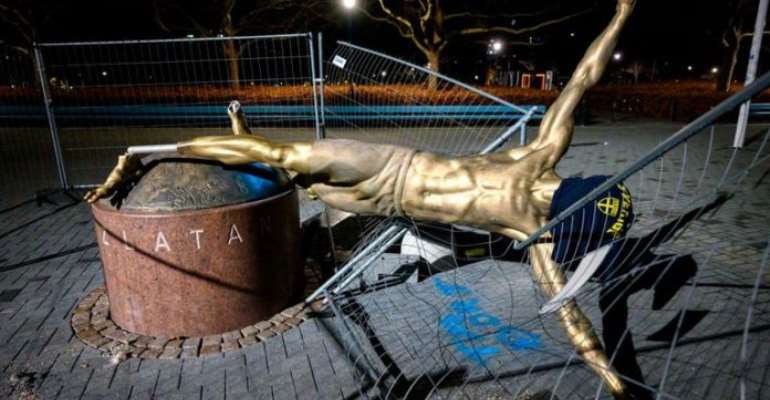 A statue of Zlatan Ibrahimovic outside Malmo FF’s stadium has been cut down after vandals appeared to saw it off at the ankles.

Only the two feet were left on the plinth while the rest of the body was left toppled over a security fence in the latest attack on the structure outside the Eleda Stadion.

The face of the statue was covered by a shirt with the Swedish badge on it, while the words “take away” were also sprayed on the ground close by.

Ibrahimovic was present for the unveiling of the statue in October but angered a section of Malmo fans after becoming co-owner of rivals Hammarby in November.

The structure appeared to be set on fire in a video widely shared on social media, while the nose of the statue was cut off before Christmas.

The 38-year-old recently re-signed for AC Milan and is in line to make his first appearance since returning to Serie A on Monday when the Rossoneri meet Sampdoria.