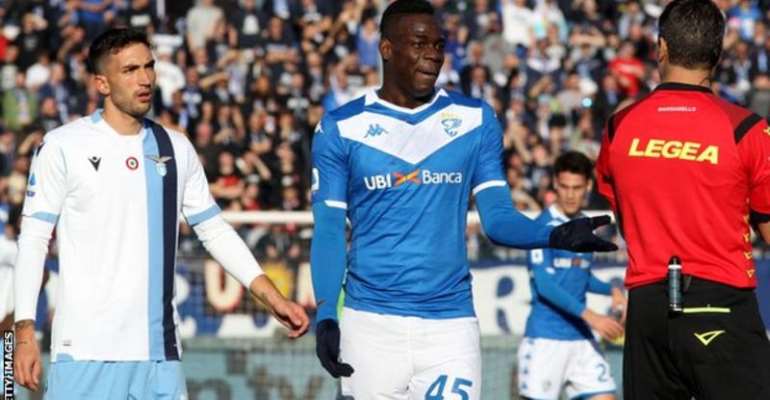 Brescia striker Mario Balotelli said Lazio fans should be ashamed of themselves after alleged abuse during the sides' Serie A match.

A stadium announcement was made during the game urging fans not to sing discriminatory songs.

"Lazio fans present at the stadium today, shame on you," Balotelli wrote, with the hashtag #saynotoracism.

Former Manchester City and Liverpool striker Balotelli had opened the scoring for Brescia with Serie A's first goal of 2020.

The Italy international also scored Italian football's first goal of the previous decade in January 2010, while he was at Inter.

Balotelli threatened to walk off the pitch in November when he was subjected to racist abuse in a match against Hellas Verona.